Orders placed before 12pm are usually dispatched the same day. *Free delivery on all orders over £100.

Other methods are available on request - please call us for details.

We know we have the best prices you'll find anywhere for top quality window tint products.

To prove it, we guarantee to match any like-for-like quotation. Give us a call. You'll be amazed at our value.

We are part of Car Tinting UK Ltd who have been leaders in the window tint business for many years and we genuinely believe that no-one can match our quality, value and service.

We've had over 20,000 positive reviews from our customers around the world since launching in 2008.

In 2015 and 2016 we were shortlisted at the Cheshire Business Awards, winning highly commended for Innovation & Enterprise in 2016. 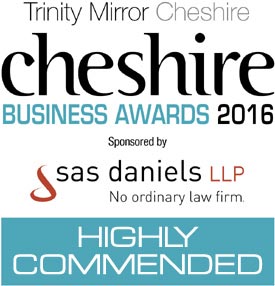 When it comes to advising car owning customers on the best type of window tint, there are many things to consider. Initially the customer may purely focus on cost, or colour and not think about what the many other important functions the window tint can perform.

It’s great to guide the customer through the options so that a more informed purchasing decision can be made, and maybe provide an opportunity to up sell in the process!

Here’s a quick run down of the pros and cons of the four main types of window films available:

The most economical type of tinted film and therefore used primarily for appearance. As the name suggests, it blocks light rays by the addition of dye to the film; the dye is placed in a layer next to the adhesive, and then applied to the window. The dye tends to fade in time, so is more suited to owners of older cars or those who tend to change their vehicles regularly, say every two years.

A certain amount of the solar heat is prevented from entering through the windows as it is absorbed by the dye in the film, so it stops some of the heat from entering too. However, heat reduction inside the car is not particularly high and it may therefore suit customers who live in cooler parts of the country.

The outside appearance of dyed window tint is flat and opaque, so it does provide some privacy while still permitting visibility from the interior; when used on the windows of a car, it will appear black.

In the same way as dyed film, Meatlized film keeps heat away from the car’s interior by reflecting it away, and strengthens the window making it more shatter-resistant. However, Metalized tinted film creates a shiny ‘mirrored’ appearance from the outside, which might not appeal to all customers. Another drawback is that its metallic content has a tendency to interfere with mobile phone and GPS transmission and radio reception, so not ideal for music lovers and those who use their phones a lot whilst travelling.

This tinted window film is dark with a matte finish and so ranks higher from an aesthetics point of view than the Dyed and Metalized film. The carbon content of the film makes it verry effective, blocking 99% of the sun’s UVA and UVB rays and up to 40% of the heat. Carbon window tint is therefore great for pet owners and parents with young children, giving them extra protection in the hotter months.

For those customers who care as much about the interior of their car as they do about the exterior, this tint will work a treat as it prevents upholstery from fading. It is also ideal for eco and fuel conscious customers as it will provide savings on fuel as the air conditioning doesn’t have to work as hard in the summer, nor will the heating system be so heavily impacted during the winter.

Unlike dyed film, carbon film will not fade with time and has no impact on mobile phone reception, GPS and radio transmission.

Relatively new to the market, and at around 2 to 3 times the price of carbon films it isn’t cost effective enough to use on the majority of jobs.

This film contains ceramic particles that are both nonconductive and non-metallic and has the benefit of cutting the solar heat that enters through the windows in the form of infrared light by 45-50%. It also allows maximum visibility both by day and night and blocks 99% of UV rays from the interior. Again, there is no issue with mobile phones, GPS or radios and it performs very well in terms of resistance to glare and fading, and renders windows highly shatterproof. There are very few suppliers and installers of this material as it is a high end, specialist sell.

So, it really is horses for courses when it comes choosing the right window tint, but asking the customer a few standard questions could make all the difference between the right and wrong choice and result in a much happier customer!

For more information check out our range of car window films.

Tinted Window Regulations – know the facts; don’t be left in the dark
7 August, 2017